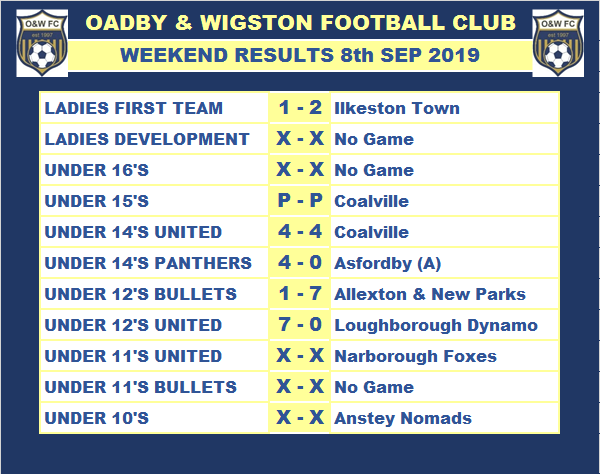 The second week of the season brought mixed results for our teams.

The Ladies Firsts kicked off their League campaign away to Ilkeston Town and were narrowly defeated 2-1.

The U15’s first league game was unfortunately postponed due to Coalville having late drop outs.

Our U14’s United were involved in a pulsating 4-4 draw with Coalville.  Sarah Quinn was player of the match with a stunning 4 goal salvo.

It was a tough game for the U12’s Bullets suffering a 7-1 defeat against Allexton & New Parks, consolation goal scorer was Leah.

U11’s United had a loss but a great game against Narborough Foxes.

Our U10’s kicked off their League Fixtures with a good win over Anstey Nomads.